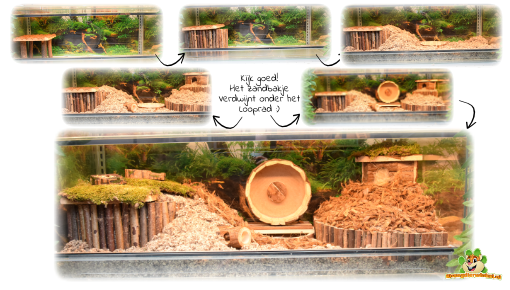 We have a new Basic Hamsterscape . On both sides of the terrarmium we made an elevation of ground cover to create depth. Again, we use a supporting construction by means of a platform surrounded by a willow bridge , an exercise wheel and a spacious hamster house give the scape the basis it needs. The terrarium is a 100 x 40 x 40 cm with sliding door. This scape is suitable for a dwarf hamster.

Use willow bridge as a wall

We know that the willow bridges are very often used as a wall, which does not have to be a problem in itself, but we would like to emphasize that this is only possible if the sticks are not too far apart. Willow bridges are not specially made for a wall but only as a bridge. The distance of the sticks must be checked at all times to ensure the safety of the animals. The sticks can possibly be pressed together. The gaps between the sticks can also be filled with ground cover or dried moss.

In this scape we have hidden the hamster caping sandbox under the running wheel. In this way the running wheel is stable, takes up less space and the sandpit is suddenly partly closed, so that the sand remains a bit more inside.

We have opted for cotton ground cover for this scape. This ground cover absorbs very well, absorbs odors and makes digging tunnels possible. The tunnels in particular are easy to dig and remain in place. Especially when the animals make the tunnels against the glass, you can really look at the inside.

Coconut is wonderful to toss in

This time we also added coconut, how nice is that !? The coconut can ideally be used as a top layer (root layer) or as a mix layer. As a top layer, the coconut has the function of a kind of foraging layer, which actually means that it is a layer where the animals can sniff around. We therefore recommend sprinkling some treats through the coconut top layer from time to time. Their own food can also be used well for this. The animals immediately start looking and are busy, but above all they can show their natural behavior in this way and that is the best thing to see!

The coconut is also a nice mix layer. We do not use the coconut in this scape in this way, but we are happy to tell you about it. By mixing the coco with another ground cover, it gets more volume and you don't have to use as much of the ground cover itself.

The dried moss has a decorative function on the one hand, but on the other hand it can also be used as nesting material for the animals. They can pick pieces of moss as needed and take them to their nest. If you prefer not to let the hamsters pick the moss along, give the animals extra nesting material so that they leave the moss alone. In general, they dig under it and leave the moss.

We have used the Forest Looprad here . This is a robust running wheel from the Trixie brand. Wood has the great advantage that the nails also wear out when the animals walk on the surface. A disadvantage is that wood is a natural product and can work. If you have a "walking wheel pusher" at home, the CSI Spray is a good tip! The running wheel is 20 cm, which is a good size for a mouse and a dwarf hamster. For a Syrian Hamster (Goudhamster) an exercise wheel from 28 cm is good.

We advise to place at least one house in the residence. Many hamsters like to burrow, but when they are above the ground they also like to have hiding places where they can quickly hide in case of an emergency. It is good to know that houses give the animals a sense of security and an animal that feels safe will be calmer and more open to its caretaker. 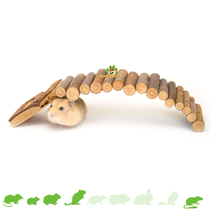 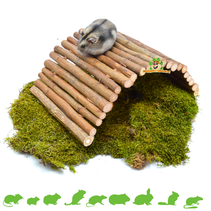 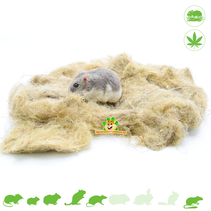 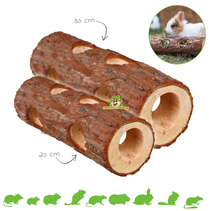 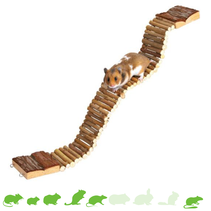 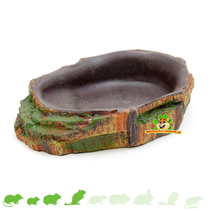 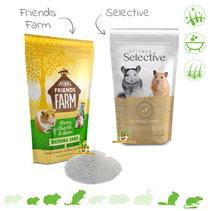 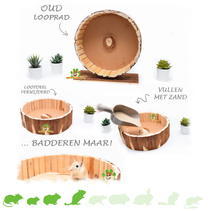 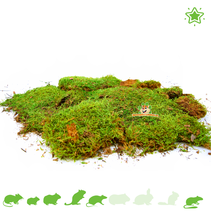 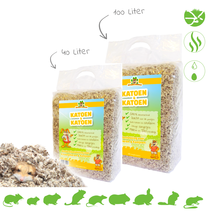 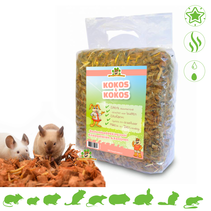 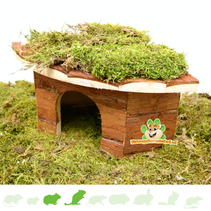 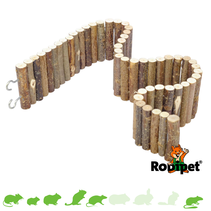 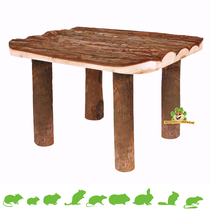 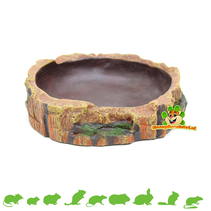 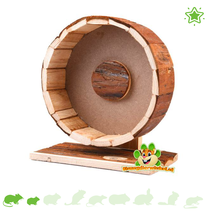 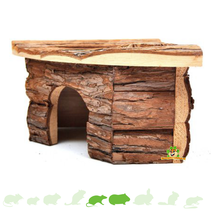