28
Chinchillas need their own sleeping house where they can retreat to. In addition to a place to sleep, a house also provides an extra sense of security for the Chinchilla. We understand this need! Therefore you are for houses and night...
Read more
1 - 24 From 28
| Products 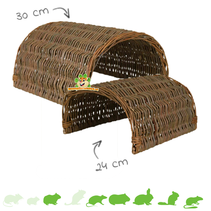 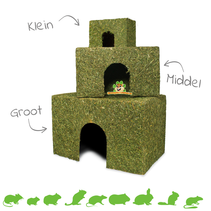 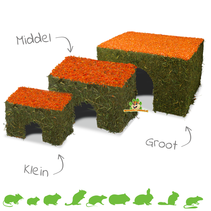 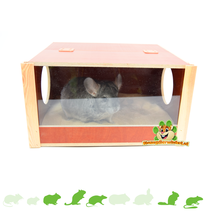 Order chinchilla houses easily and quickly at DRD Rodent Shop ® The Chinchilla Webshop for your Chinchilla!

Chinchillas sleep during the day. It is therefore important that they have their own sleeping place. Because Chinchillas are group animals and like to sleep together, it is useful that the house is large enough for the group or at least for two chinchillas. In addition, the animals need a house to retreat to. In addition to a place to sleep, a house also provides an extra sense of security for the Chinchilla. We understand this need! That is why you have a wide choice of many suitable houses for chinchillas!

Although chinchillas don't sleep in a burrow in the wild, they like to hide in rock crevices and like to be sheltered. Once chinchillas get their own home, they will happily sleep in it. It also shields the animals from any tumult from outside. The animals sleep during the day, which gives them extra rest in a sleeping house.

The size of the house depends on the group size and the personal preferences of the animals. Do they like to sleep together? Then a larger house is recommended, so that the animals can sleep comfortably together. If some group members find it more pleasant to be alone, a small house that only fits one individual is also possible. With the latter option, it is better to have several small houses so that the animals do not argue about it. In each group there should be at least one larger house that they can move into together.

Most houses are made of wood and some of metal such as aluminum. If your chinchillas are real rodents, an aluminum house has the longest life expectancy. A house made of wood can be quickly damaged.

Pay attention! Many houses are held together by nails, staples and/or glue. If your animals start gnawing at their sleeping house, it is advisable to remove it so that they do not get hurt.

How can you prevent gnawing on a house?