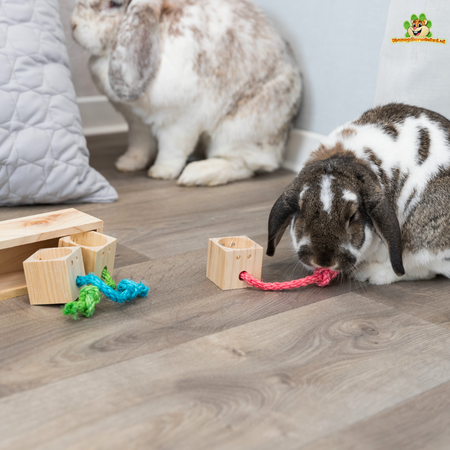 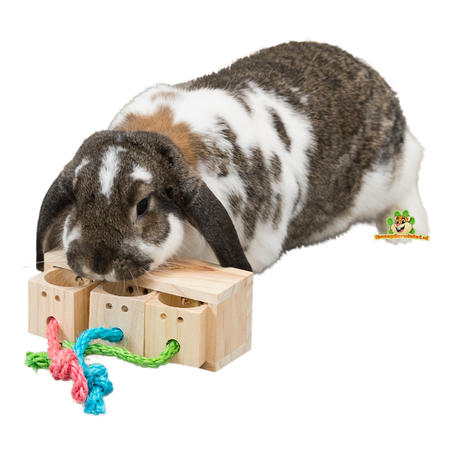 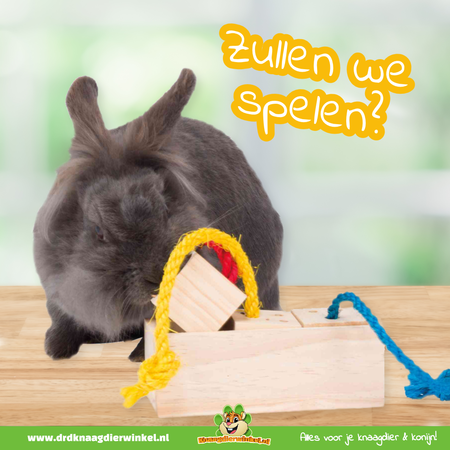 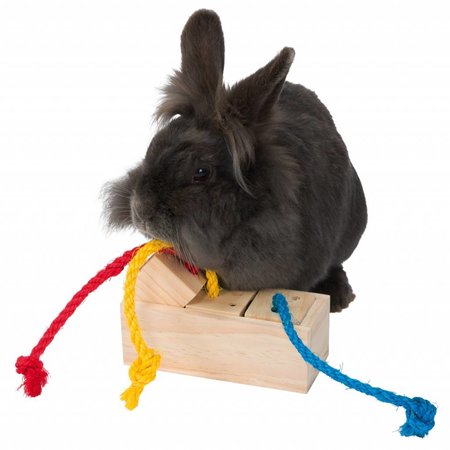 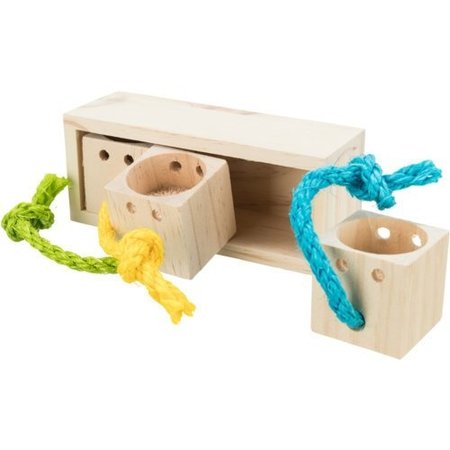 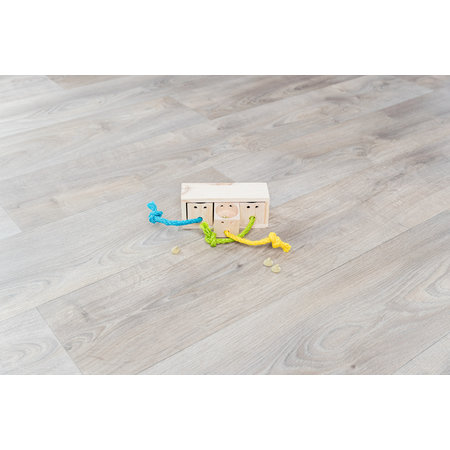 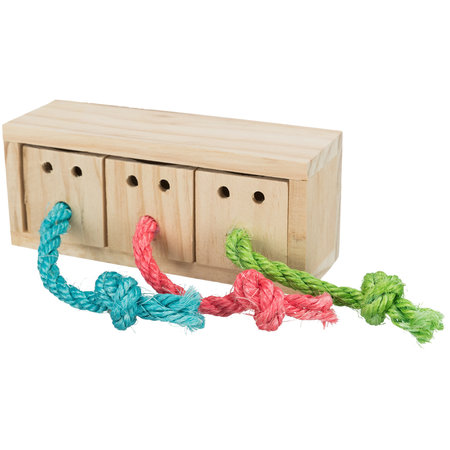 Play can begin with the Trixie Snack Blocks Game!

With the Trixie Snack Blocks Game, boredom has no chance anymore. The game is actually very simple. You place a treat in one of the blocks and your rodent has to find it. Thanks to the odor holes, the animal can smell the treat in search. By pulling the sisal ropes, the blocks start moving and the contents can become pelvic. If there is something tasty in the block, it is immediately a reward for the effort! ... and the search can continue in no time. Thanks to this game, your rodent will stay mentally fit and will not get bored.

✔ By pulling the sisal strings, the animal can reach the snacks hidden under the cubes
✔ Large air holes support the search for the snacks because the animals can smell it
✔ Animal-friendly occupation and mental challenge
✔ Trains agility
✔ difficulty: 2 levels, as the game can be placed in different ways
✔ With tips and tricks for optimal training

Rabbits and small rodents, as well as birds, react very differently to new toys. There are those who immediately play enthusiastically with the snack cubes. But there are also those who first have to get used to it. At first they ignore the toys, and then enthusiastically get to work with them. There are also animals that like to concentrate on the game for a longer period of time, while others prefer to play shorter and more often. Whatever your animal's preference, give it time to engage in the game in its own way.

The game can begin

1. Take out all the cubes and put in a few treats - good audible and visible to your animal.

2. Replace the cubes and place the toy in front of your animal's nose.

3. Place a small amount of food on top of the snack cube. Wait until the animal discovers and has eaten this food. Now give your animal a few minutes to figure out how it gets to the food. If he is anxious or impatient, pull one of the cubes out a bit, so that one or more pieces of food become accessible. In this way, the animal closes this round of play with the snack cubes with a positive experience.

4. Now take a longer play break, so that the animal can process the acquired knowledge. In the next round of play, lend a hand again in the beginning, if your animal does not succeed on its own after a few tries. Then slowly reduce the aid.

5. By placing the toy in different ways, you can choose between 2 levels of difficulty:

Difficulty level 1:
You put the toy on its side so that the animal has the strings directly in front of its nose and only has to pull them.

Difficulty level 2:
You place the toy on its back so that your animal has to pull the string upwards and lift the cube out. Please note the following: Animals need repeated success to stay motivated. Keep the play sessions with the snack cubes short in the beginning, but play more often for that. Make sure that your animal does not bite the game. That way, a lot of satisfaction can be obtained from the game and you will have a lot of fun together during the necessary playing hours.

This product is designed as a common activity for animal and owner that supports the animal's motor skills, play and learning instinct. The Snack Blocks Game must be removed from the animal when it is empty and before it can be chewed.