Brand: Mixerama
| Create your own review 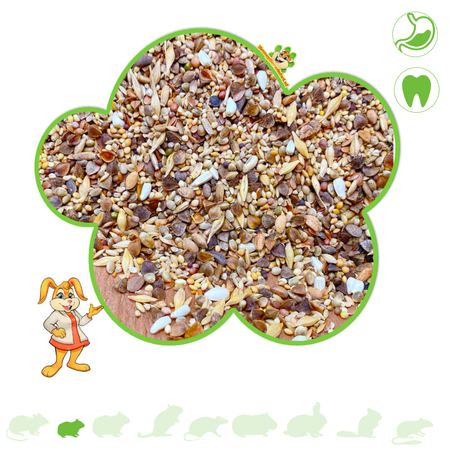 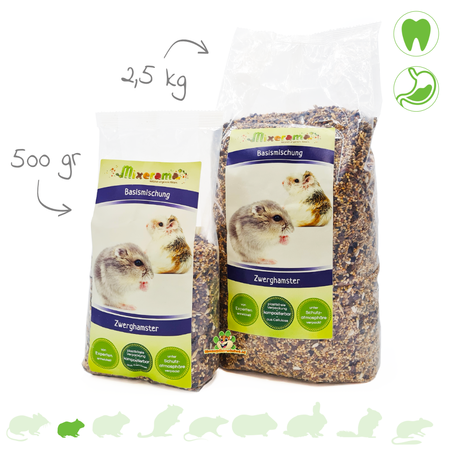 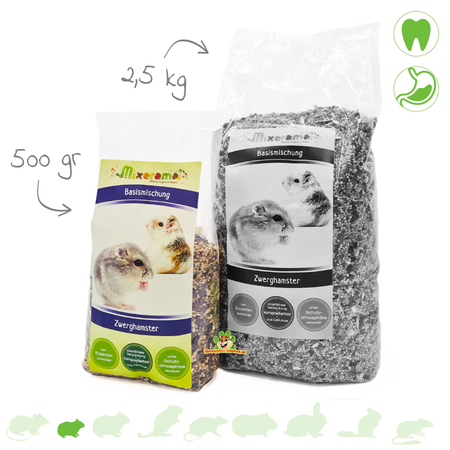 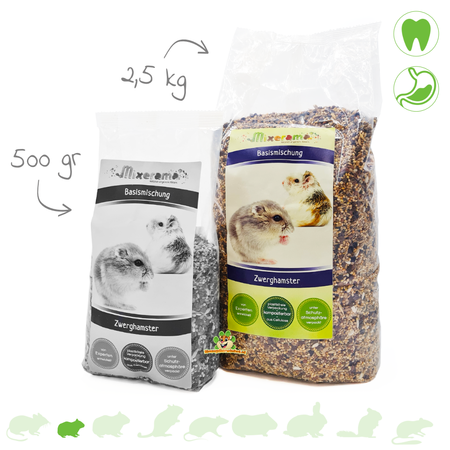 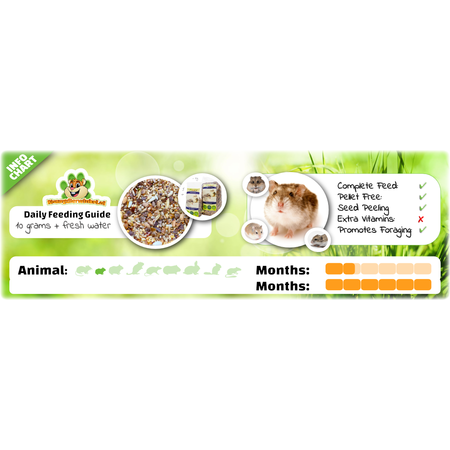 ✔ 100% Natural
✔ Packed under protected atmosphere
✔ Plastic-free packed in cellulose. These bags are biodegradable and can be composted

Proteins, which are often given in the form of animal proteins, or insects, have been deliberately avoided in this mixture, because the oilseeds already contain calcium and protein. As a rule of thumb, the fattier a grain or nut is, the more protein and/or calcium it contains. Even the smallest grains, such as sesame or poppy seeds, are true calcium and protein bundles. Even the flour seeds up to and including the straw-like grass seeds contain high-quality proteins.

Loosely, a grass seed mixture (for example: 20 g red fescue, 20 g knuckle grass, 20 g blue grass) can be offered parallel to the main feed. Simply sprinkle one to two teaspoons per week into the diet.

Every dwarf hamster especially likes the dandelion roots, which they have been working on for a while. It must be available every day, because the inulin it contains not only takes care of the teeth, but also the intestines.

Pumpkin, cucumber or hemp seeds can be given separately as a treat to the dwarf hamsters. Silver millet on the plume and flax ears is great nibbling fun and a great activity. Sunflower and pine nuts are also allowed, but no more than one stone per day.

If you want to know more about it, you will find a detailed explanation in the book THE KIPI CONCEPT: Dwarf Hamster Feeding Handbook with Self-Help Diabetes Guide. by Eva Kunze. 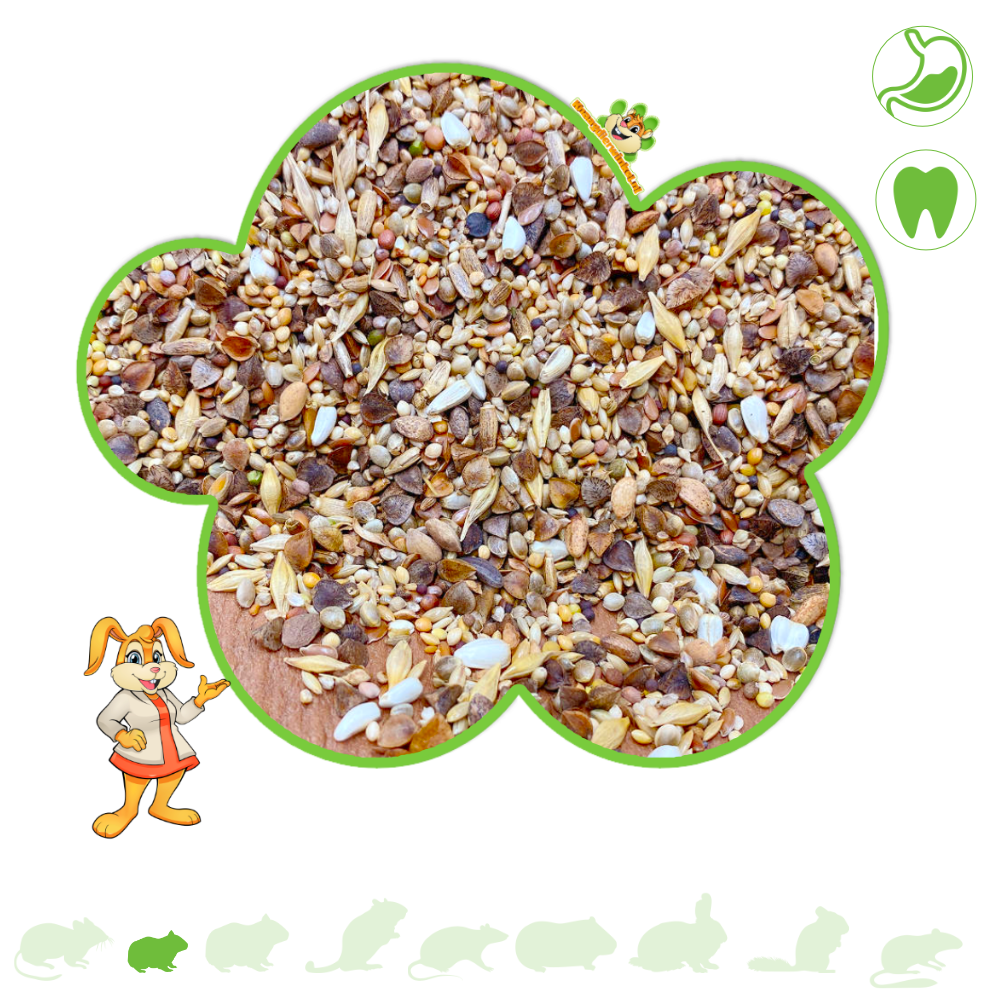 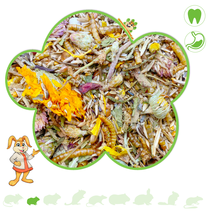 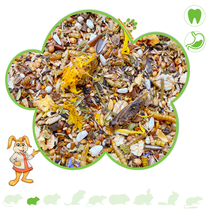 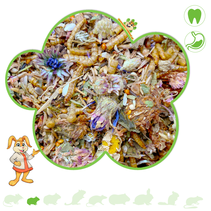 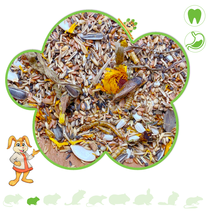 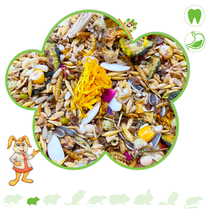 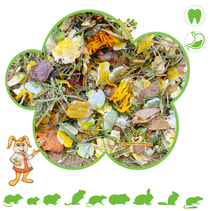